The file of my file

Years ago I uploaded this image: it was prophetic because …

Today I have uploaded this one:

… 1996: I saw her go by, I was sitting on the steps of the IDAT institute, the pen fell from my left hand, I thought like this: «God made Eve for Adam and God made Sandra for me», days later, Sandra and I were alone in a classroom at the institute, she looked at my eyes and said: «José, how beautiful you are» (it was flattery!!), at that moment, I looked up: I saw Satan at her eyes (Sandra was Satan– 1996), I thought I saw a dragon on her right side, it was like a flash, it was like a flash, I thought it was a common enemy (the threatening spirit of my unjust bride at the time, Monica, who had threatened to hurt Sandra), now I know that this was Sandra’s spirit and that she was and is my enemy. » … (read more)

That woman betrayed me a few months later, she prepared an intrigue against me, I protected her from Monica, I protected her from her enemy, Sandra didn’t have to accept me as her boyfriend if she didn’t want to, but she shouldn’t have kept me in a sea of ​​doubts for so many months. , she shouldn’t have falsely accused me of sexual harassment either, and God knows I’m telling the truth, I’m not lying. Friends, not everyone repays you good with good, not everyone is that neighbor who must be treated as well as we would like to be treated, that rule in the Bible is not the word of God, it is a forgery made by the Roman Empire to use it as a pretext to oppose the death penalty in cases in which it is just to apply the death penalty (Exodus 21:14).
The Romans should not have lied to people of righteous will with very bad Greek advice because not even God loves his enemies but he loves his friends (Nahúm 1), God only loves his enemies in the imagination of his enemies (Matthew 5), they are going to crash with reality, they will crash with the truth: God hates them (Psalms 110).

Written by: He who behaves as a true friend for his friends and as a true enemy of his enemies.

I am not pro-Bible, I denounce their lies, but to speak ill of God (Yahweh/Jehovah) is to be on the dark side, and there are several thousand trolls who do it, I just can’t get enough, how many help me to deny them?: my arguments here: https://aiderspaceship01wp.files.wordpress.com/2022/02/the-why-no-reptilians-are-allowed-inside-our-ufos.docx 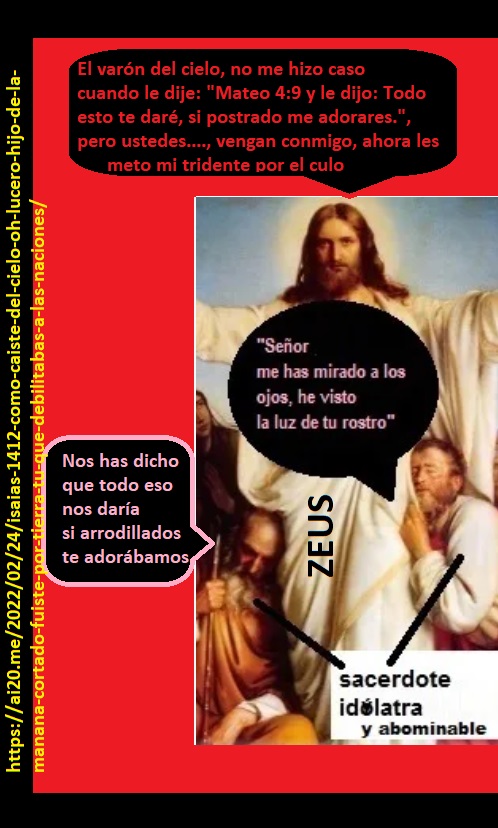 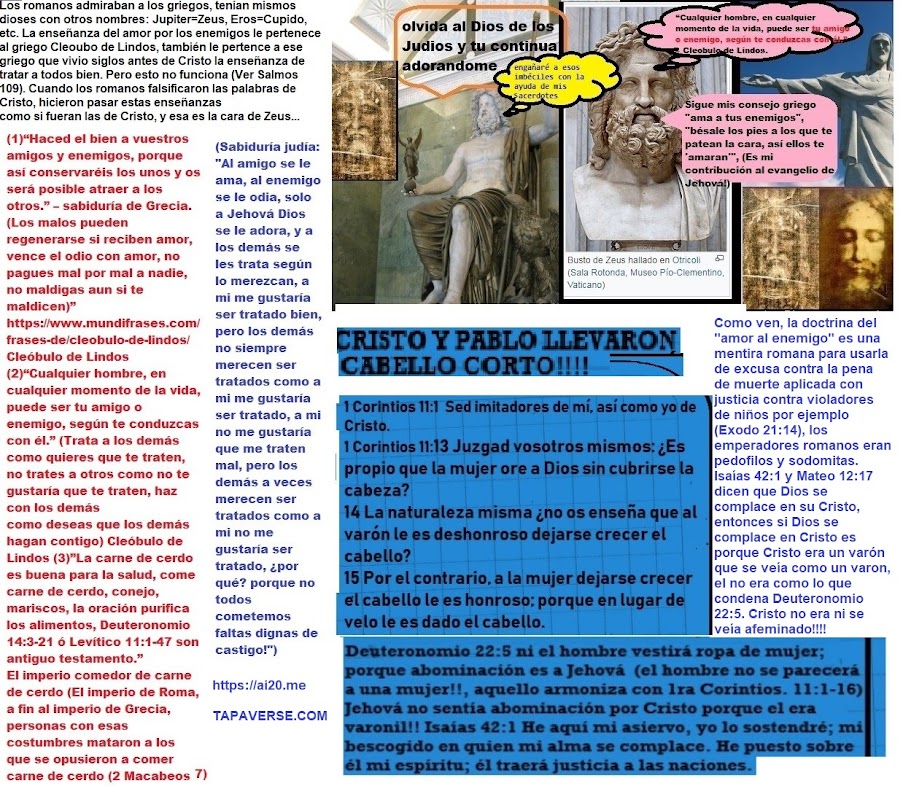 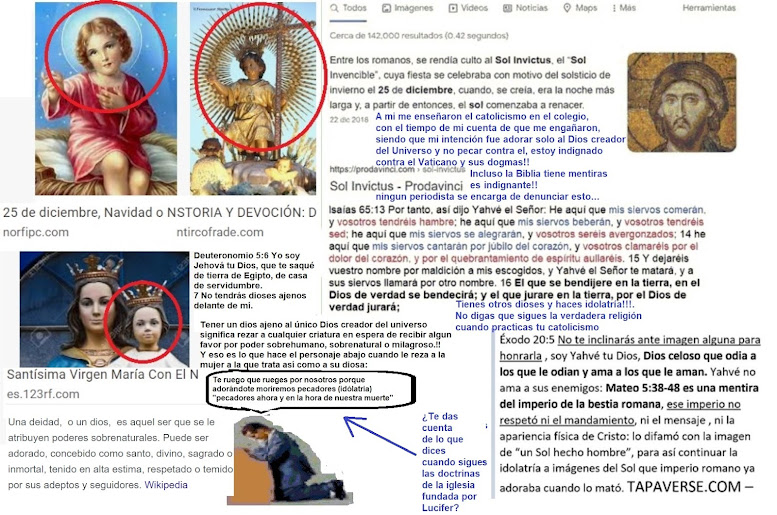 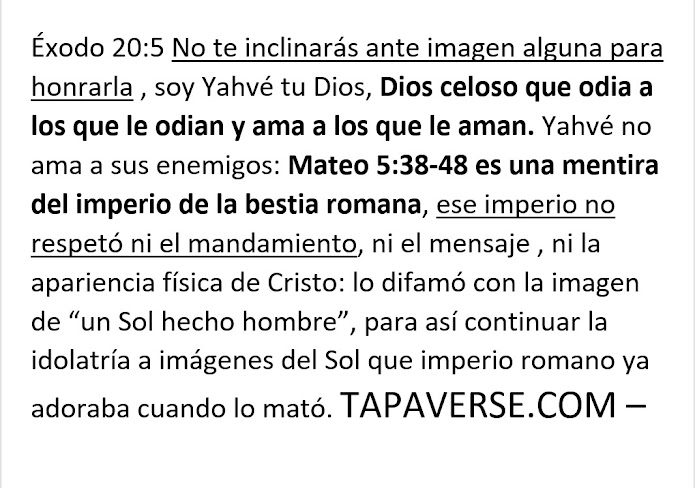 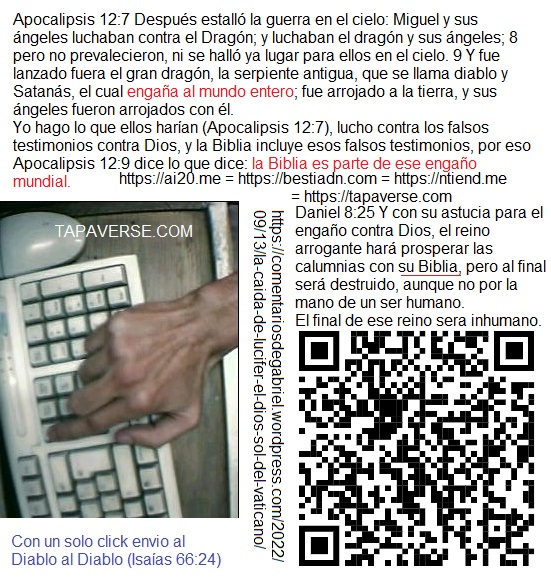 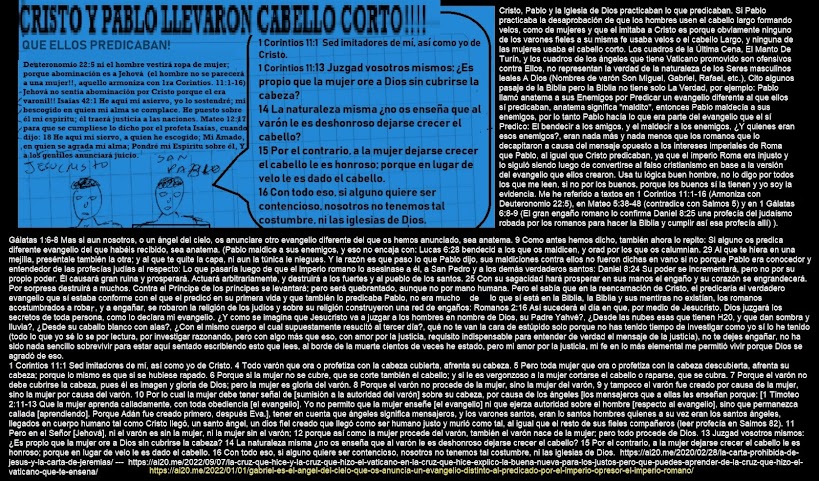 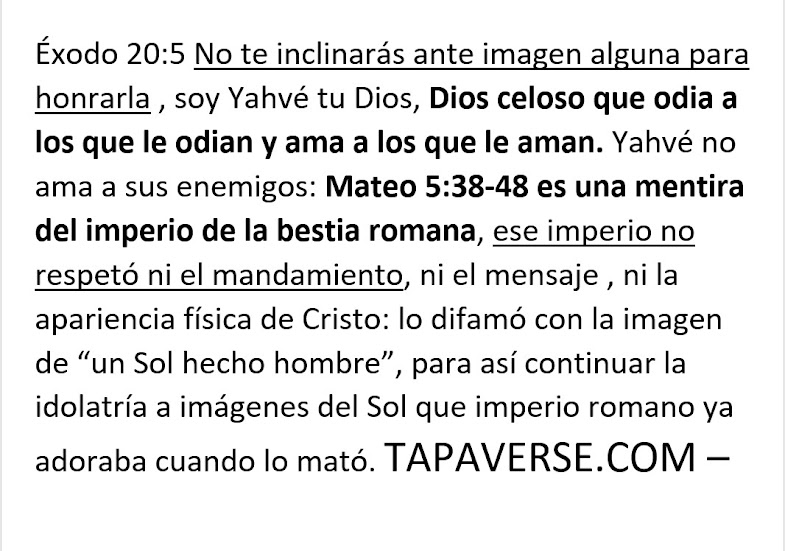 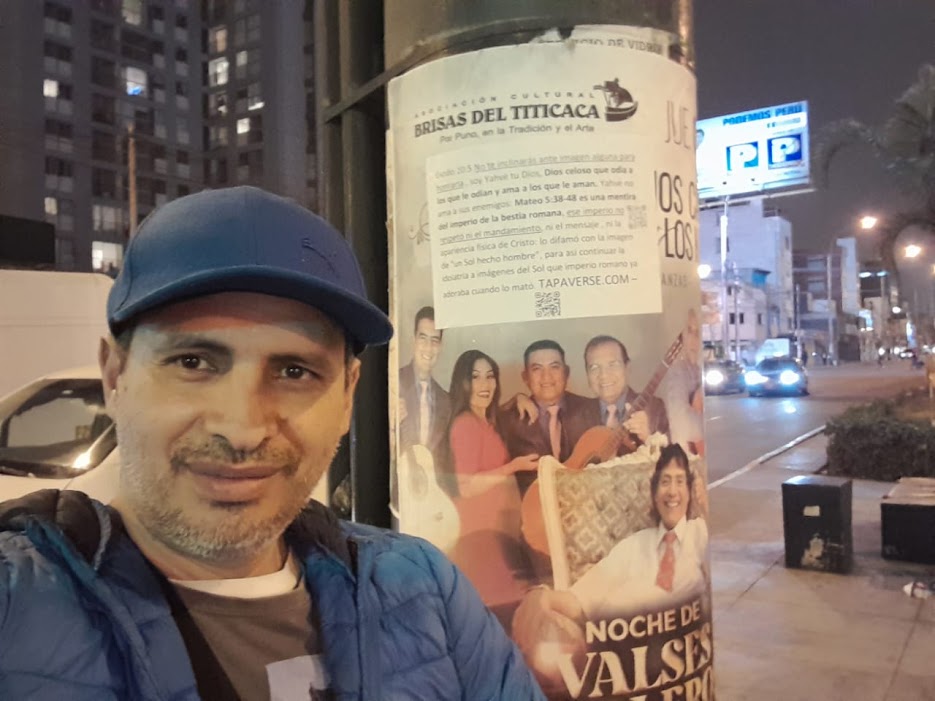 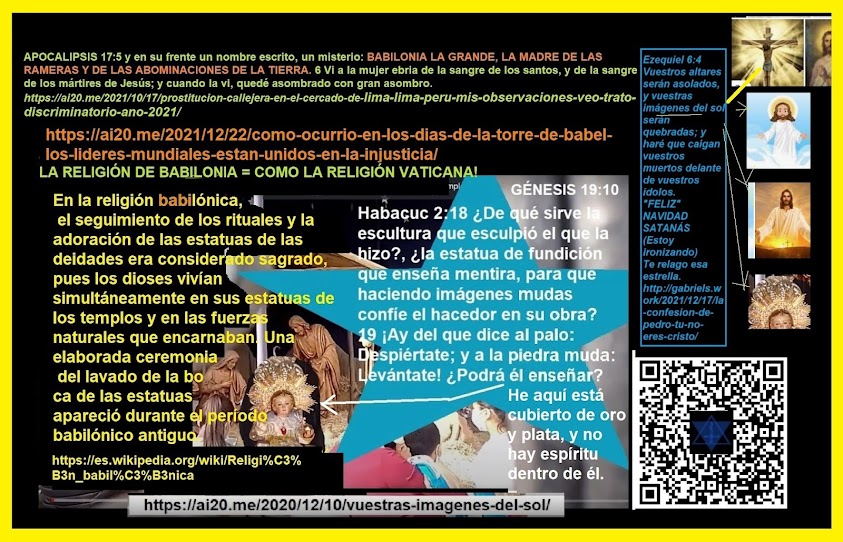 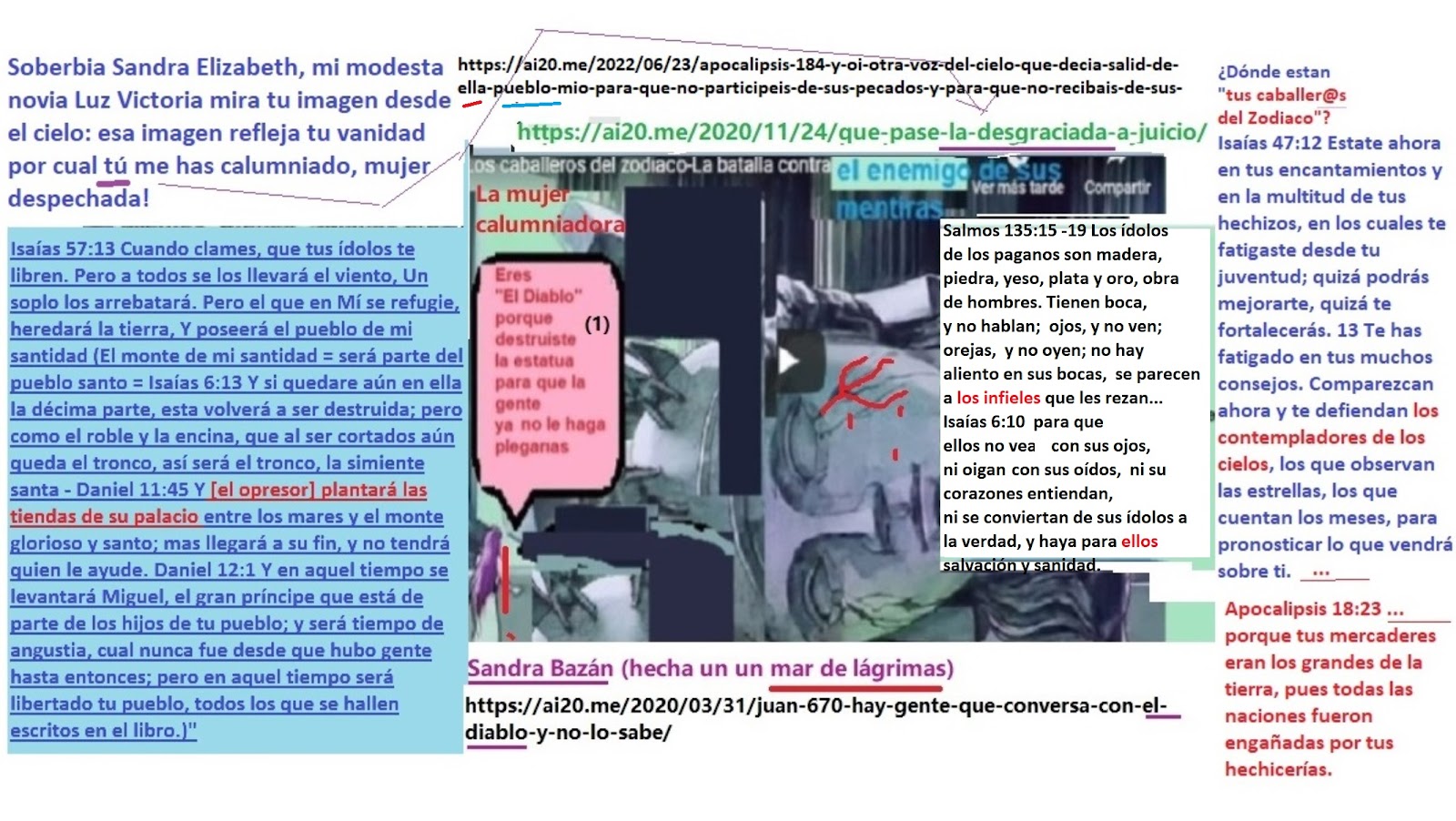 Time for eternal justice is now.

My «UFO» destroys the worldwide deceith which was conceived by Satan and his angels – Revelation 12:7-12.

I have no a team of people helping me, or knowledge on advanced software of special video effects, but unlike most famous people, I say the truth and not for money.

My UFO destroys a worldwide fraud: The truth about the resurrection: Take heed, do not let yourselves be deceived, Christ will not return that way.

For me you are not a messenger of God if you ask me to ever bend the knee to worship any creature, no matter its nature or shape.

This is my highest goal in life.

This is my highest goal in life, to see justice triumph for ever.

«My beam of truth!, see just how the lies and deceith lose all their power!.DOCX»

Explanation for the end times prophecy in Isaiah 5:3-7

La verdad ha prosperado … Daniel 8:25 – The truth has triumphed then the deceith has failed.

Yo, José Galindo, yo soy humilde: